What are the herbal tea ingredients? 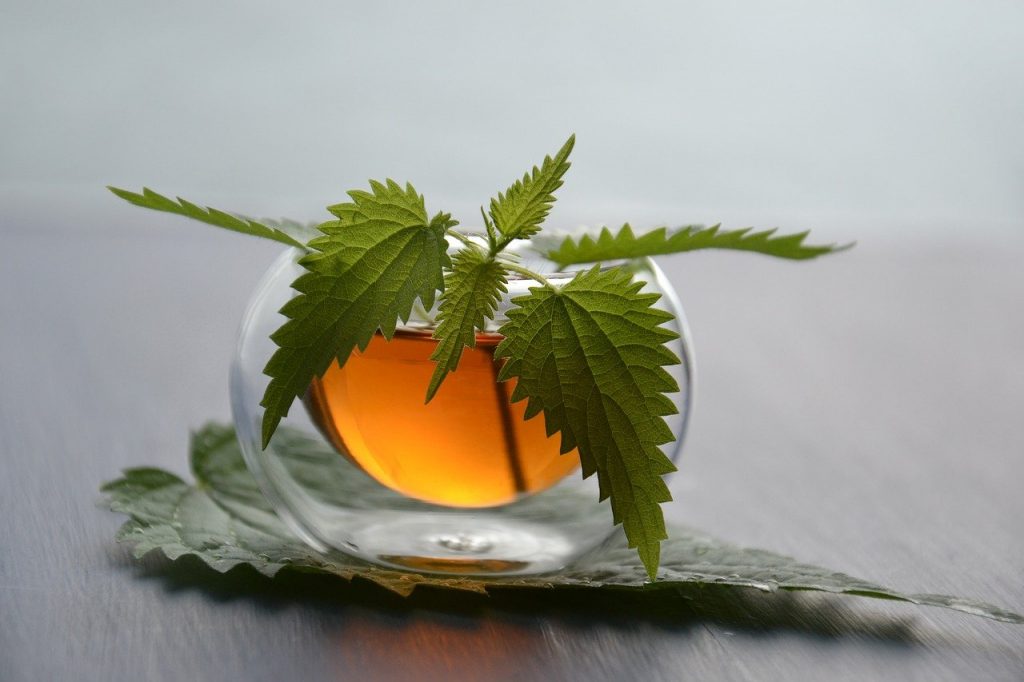 The most popular herbal tea ingredients include mint leaves, lemongrass, flowers, roots, and other plant materials. Herbal tea is a healthy beverage, made from the infusion of herbs with hot water and can be consumed without sugar or any type of additives.

A large number of people are seen to have a cup of herbal tea every evening on the verge of their going to bed. It is said that herbal tea has a soothing impression on an individual and makes him or her sound asleep and calms the mind.

The method of preparation of herbal tea varies with people their locality. Since the chief ingredients are local herbs, herbal tea has a wide range of ingredients catering to the needs of every individual. Here is the list of some popular ingredients of herbal tea it includes herbs, spices, and other plant materials.

Here are the 11 most popular herbal tea ingredients

The ingredients of herbal tea depend on geographical regions and culture. The ingredients also vary according to the preparation methods used for preparing the herbal tea. The raw materials collectively known as tisanes, herbal tea has a huge list of mild or intense in its taste.

Passionflower is a flowering plant that belongs to the Passifloraceae family (formerly the genus, Passiflora). It is actually a vine.

Peppermint tea has a very delicate and delicious flavour. This variety of mints is also said to have cooling properties and helps in treating fevers, fluid retention in the body.

The Peppermint plant is a perennial native to South-East Europe and West Asia. It produces small green leaves with a menthol flavour.

The peppermint plant (or the Mint Family) includes more than 200 species of trees and shrubs that are not very well known in the world of culinary. Among its members, we find Peppermint, Spearmint, Garden mint, etc. All of these plants are widely used in natural medicine due to their analgesic and antimicrobial activity.

Lemongrass tea is a delicious and refreshing drink that can be made quite easily. Lemongrass is a very popular herb used as herbal tea ingredients in the Indian subcontinent.

This herb is native to Sri Lanka and South India but has now become popular across the globe due to its different health benefits. The plant’s stalks are a common ingredient in Asian cooking, but it is also possible to brew lemongrass to make tea. Lemongrass is believed by some people to have medicinal qualities, although these claims are not supported by sufficient hard evidence.

Lemongrass is an amazing herb with a great lemony taste to it. One of the great things about lemongrass is that it is a natural anti-oxidant so it can help in the prevention of cancer. It has lots of health benefits, and I use it often in my recipes.

Chamomile flower tea is one of the most beneficial and well-known herbal teas. It’s commonly used to treat anxiety, colds, constipation, and menstrual irregularities, among other conditions.

Chamomile is a small, light yellow-colored flower that grows in the central and eastern parts of Europe, as well as Central America and the US. Chamomile tea is an infusion made from dried flowers. The flowers are picked just before or while they bloom.

It has soothing effects and is most commonly used to treat anxiety, inflammation of the stomach lining, and irritable bowel syndrome. Chamomile flowers are also made into capsules by extracting their oil content and adding it into shells.

Ginger is a perennial plant that belongs to the Zingiberaceae family. It is a perennial herb with aromatic roots and a peppery flavour. Ginger tea has numerous benefits and can be used to treat certain illnesses as well as relieve pain.

With its rich, spicy flavour, ginger is a popular spice that can be used to add extra flavour to your food.

Ginseng tea (also known as insamcha) is a traditional Korean tea. Ginseng tea has been consumed in Korea for many generations and is now a popular drink in China and Japan. Ginseng tea treats various ailments, most notably stress, fatigue, and diabetes. It also acts as an aphrodisiac and has memory improving properties.

Ginseng tea has been used in traditional Chinese medicine for thousands of years. It reportedly helps relieve stress, improve mood and memory, and may even have anti-cancer properties.

Recent studies also have examined other uses of ginseng. They include controlling anxiety, fatigue, and insomnia; preventing or reducing the effects of aging; improving athletic performance; boosting the immune system in people with cancer; and treating erectile dysfunction.

Studies have used certain types of ginseng from certain parts of the world in combination with other substances that are thought to promote similar results.

Cinnamon Tea is an interesting beverage that may offer several health benefits. However, you’ll probably share my surprise at finding out that “cinnamon tea” is the bark of another tree and not cinnamon at all! That makes it somewhat fascinating and a worthwhile subject for health enthusiasts like us to follow.

Cinnamon Tea is a hot drink that consists of herbal teas infused with the essential oils found in cinnamon sticks. Cinnamon is also called Ceylon cinnamon or true cinnamon and comes from the bark of a tall evergreen tree native to Sri Lanka, India, Indonesia, and southern China. The bark of the tree is used to produce a spice grounded into a powder.

Aside from the delicious taste, there are several health benefits to drinking cinnamon tea. It helps to reduce blood sugar levels, regulate your thyroid and even reduce inflammation.

Rooibos tea is an herbal infusion. It has a sweet, delicate, and earthy flavour. It is naturally caffeine-free, does not contain tannins & is low in calories. Rooibos tea also contains antioxidants and is naturally rich in minerals such as calcium, iron & zinc.

Rooibos tea is a traditional beverage made from the leaves of a type of South African red bush. It’s a bit sweet and slightly medicinal. While many people enjoy it as an alternative to other caffeinated and non-caffeinated teas, there are some interesting health benefits associated with rooibos tea that has made it popular within the medical community as well.

Rosehips tea is also known as “rose hip tea” is a beverage made from the dried, crushed rose hips of the domesticated rose plant species. This typically refers to Rosa canina, though other rose plants are also used.

Rose hips have several nutritional benefits, including antioxidant properties. The fruit is high in vitamin C and organic acids, but it also contains several other nutrients.

There are plenty of reasons to drink rose hips tea not only in winter but also throughout the year. The benefits of this herbal beverage are numerous and can help improve your overall health. Rose hips tea increases immunity, protects against cardiovascular disease, cures skin problems, fights premature aging, promotes weight loss, tones your skin, and regulates your metabolism.

Zesty and delicious, Cardamom Tea is becoming a popular choice among enthusiasts who are looking for an alternative to plain tea. The warming flavor of cardamom is delicately balanced with the sweet fruitiness of strawberry in our tea blends.

Cardamom tea is low on caffeine; it is a delightful morning drink that can also double as a refreshing iced tea when cold brewed overnight. You can brew this tea with hot water or use ice cubes for iced ginger tea.

Cardamom is a spice. One of the ginger families, Zingiberaceae, this plant gives us a very special spice, with a much more powerful taste than ginger itself. If you are not so familiar with this spice, you should know it is derived from the seeds of the cardamom plant.

Coffee blossom tea is a tisane made from the dried and fresh blossoms of coffee plants. It is not commonly found in the U.S., but it is a popular beverage in Central America.

Coffee blossom tea is a luxury. It’s a lot of work harvesting the blooms and processing their essence. The resulting cup is fresh, bright, and complex.

Coffee blossom is a tisane and supposedly it can have some medical benefits as well. There are several theories, but I’ll leave that for doctors to decide.

What are the herbal teas for weight loss?