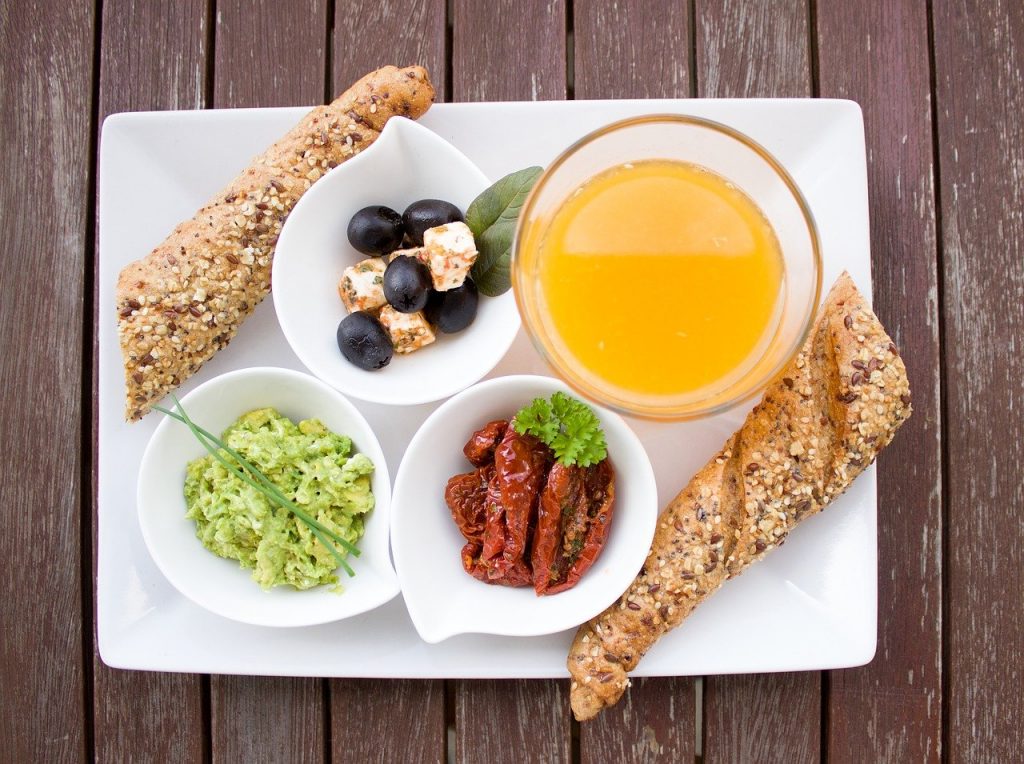 Unhealthy eating habits and impaired lifestyles can cause high cholesterol. The most important factor that regulates cholesterol in the body is Food. It’s always been said that we should be starting our day with a healthy and nutritious breakfast. Some of the breakfast foods can help you lower your cholesterol

Breakfast indeed is one of the most essential meals of the day. Nothing prepares you for the day like a healthy breakfast, and it’s common knowledge that skipping breakfast would certainly leave you feeling hungry later in the day.

What you may not realise is that missing breakfast might have a negative impact on your cholesterol levels. According to research published in the Journal of Nutritional Science, overweight persons who skipped breakfast had higher total cholesterol levels than those who began their day with a bowl of cereal or porridge.

5 Breakfast Foods to Lower Your Cholesterol

Here we have listed 5 very important breakfast items which can help you control cholesterol:

Orange juice is well-known for its high vitamin C content.

Some manufacturers add nutritional value to their juice by fortifying it with plant sterols and stannous.

According to Healthline, including two grams of sterols in your daily diet might reduce your LDL cholesterol levels by five to fifteen percent.

If you don’t like orange juice, there are plenty of alternative fortified meals to choose from.

Almonds are extremely beneficial to your health since they are high in healthy fats, fibre, magnesium, and vitamins.

They are also a member of the nut family. According to Harvard Health Publishing, eating two ounces of almonds each day can reduce LDL cholesterol by around 5%.

Pour yourself a glass of almond milk, toss some sliced almonds into your oatmeal, or simply eat them by the handful.

Just don’t eat too many almonds because they do contain fat, with one cup containing around 45 grams of fat.

A bowl of porridge has 5 grams of dietary fibre.

The soluble fibre in porridge oats binds to LDL cholesterol in the digestive system and aids in its removal from the body.

For an extra fibre boost, top your oatmeal with sliced apple, pear, raspberries, or strawberries.

If you don’t have time in the morning or prefer your breakfast on the run, you may cook overnight oats – just avoid sugary ingredients.

Avocado toast has risen in popularity in recent years and is now one of the trendiest breakfast options available – but it’s also quite nutritious.

According to a 2015 research published in the Journal of the American Heart Association, eating one avocado per day reduced LDL cholesterol levels in persons who were overweight or obese.

However, because the research was financed by a grant from the Hass Avocado Board, the findings should be interpreted with caution.

Whey protein is generated from whey, which is the liquid in milk that is extracted when cheese is formed.

Whey protein supplements have been linked to reducing cholesterol in certain studies, although the findings have been mixed.

Whey supplementation reduced triglycerides, another kind of fat in the blood, according to a meta-analysis of 13 trials.

Combine low-fat yoghurt, ice cubes, berries, and a scoop of vanilla whey protein, which is low in fat and high in nutrients, to make a nutritious morning smoothie.

What is good cholesterol?

HDL (high-density lipoprotein), sometimes known as “good” cholesterol, absorbs cholesterol and transports it to the liver. It is then flushed from the body by the liver. High HDL cholesterol levels can reduce your risk of heart disease and stroke.

What is bad cholesterol?

3 Secret Tips to Turn Falafels into a Super Healthy Dish

When Can I Eat Spicy Food After Wisdom Teeth Removal

Why Are Carbohydrates And Fats Considered High Energy Foods?