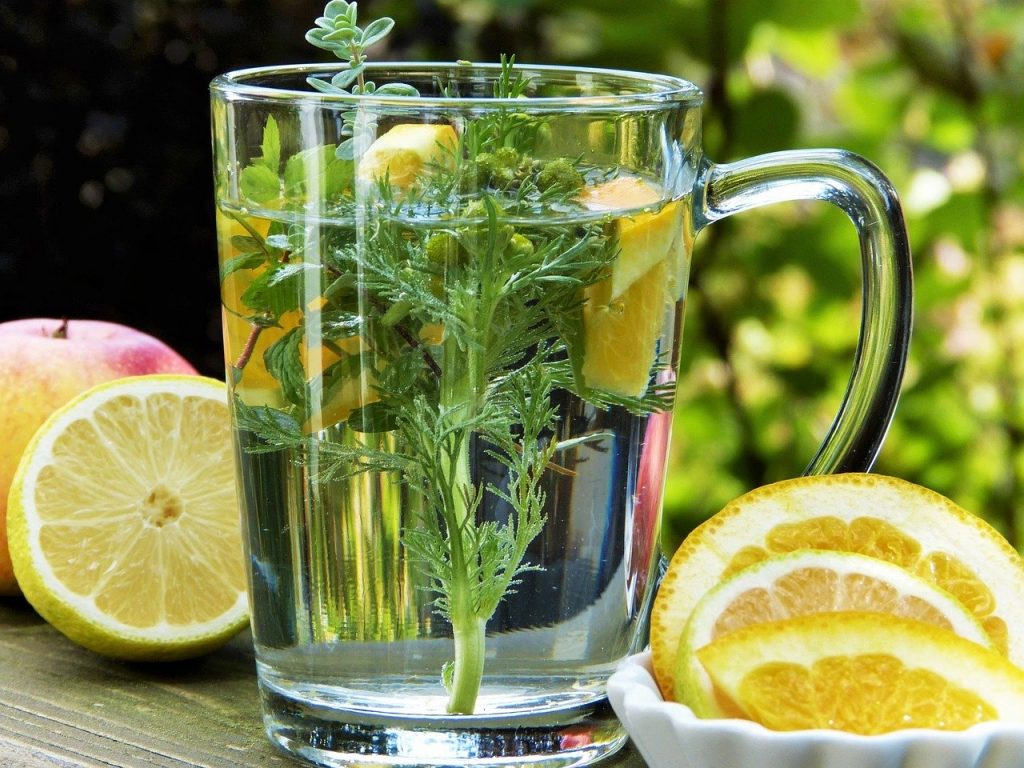 Immunity refers to the capability of cells, tissues, and organs to fight against the infiltration of bacteria, viruses, and fungi. Moreover, it helps in fighting any alien organism against which antibodies are not present in our body.

In the current situation, where peoples are left at the mercy of God against novel coronavirus also known as COVID-19 or SARS-CoV-2. Individual immunity played a key role in fighting against this unique danger. People with good immunity fared well in the battle against corona compared to those having impaired immunity.

The defense mechanism of the body can’t be built in a day, it takes years of effort to grow in the required shape. Though it depends upon the genes and surroundings, however, the role of food in the development of immunity over time is incredible.

Some of the food items that proved to be effective in developing immunity are illustrated below.

Orange and other citrus fruits are rich in vitamin C, which is good in boosting immunity. In addition to this, it can also be used as a refreshing, hydrating, and cooling agent.

It has been established as a traditional remedy against unwanted inflammation. The fruit is rich in antioxidants which are an essential component in fighting against infections.

Several studies have found out that the regular consumption of elderberry might help in fighting against flu viruses. Moreover, berries are a rich source of essential vitamins and minerals.

Bell pepper is another rich source of vitamin C which helps in fighting against cold. When people get cold flu, they directly turn to vitamin C sources. It contains an enormous amount of vitamin C than any citrus fruit like 3:1.

When people try to avoid sugar intake in case of obesity or diabetes, bell pepper stands out to be the perfect choice for vitamin C which very little sugar content.

Almonds are a rich source of antioxidants and vitamins and minerals. It contains a good amount of vitamin E which may not have a very significant role against flu however the antioxidant properties make it very useful in boosting immunity.

Vitamin E is fat-soluble; hence it needs to be consumed along with fat. Almonds contain good fat which may help in the absorption of fat-soluble vitamins and protect against any infections.

Mangoes are seasonal fruit easily available in tropical to subtropical regions. Mangoes are rich in vitamin A which is a fat-soluble vitamin.

Vitamin A is essential in boosting the immunity of the body and protects against diseases such as night blindness. The abundance of mangoes in small time provides an opportunity to store vitamin A which will be used in the latter part of the year.

The use of mint in our life is both a culinary ingredient as well as a medicinal herb. It has anti-inflammatory and antioxidants properties. It is also known to be used as a refreshing and cooling agent.

Mint can be consumed in the form of paste or dips, as a garnishing agent, juice, and tea. Mint tea helps in relieving headaches and body aches.

Ginger has both culinary and medicinal significance. It can be regarded as a miracle herb which anti-inflammatory and antioxidants properties.

The profound use of ginger is observed in cuisines rich in spices especially the South-Asian dishes. It provides the stomach a soothing effect after the spice burn and prevents any GI disorders.

Garlic is a traditional home remedy for the prevention of cold flu. The regular consumption of garlic is known to be effective against cold and other ailments.

Garlic is the common herb used in cooking however it is also used for medicinal purposes. Research in which one group consumed garlic while the other don’t; the frequency of cold in the group with garlic supplements are almost half of the other group.

Turmeric has widespread culinary uses, however; its medicinal values can’t be disregarded. It has been used as a very effective anti-inflammatory, anti-viral, and antioxidant.

Turmeric contains curcumin, which is regarded as immunity boosters and important antioxidants which help in removing free radicals -from the body. Initial studies also claim its anti-cancer property, but further study needs to be done in this field.

Broccoli stalks are loaded with vitamins and minerals. It is rich in vitamin A, C, and E along with its antioxidant properties and is loaded with fibre. It can be regarded as one of the healthiest green veggies we can have.

It contains antioxidants such as sulforaphane which helps combat free radicals. The multifaceted properties of broccoli make its very essential vegetables in our diet.

Spinach contains beta carotene, an antioxidant that helps in fighting against frequent infections and boosts our immunity. Spinach is also rich in vitamin C and other essential vitamins and minerals such as iron.

Sunflower seeds are a rich source of micronutrients such as magnesium, phosphorous, vitamin B6 and vitamin E. Vitamin B-6 is water-soluble while E is fat-soluble. Seeds can be a good replacement for nuts for people who might have tree nut allergies.

Vitamin E helps in boosting the immunity to combat infections while minerals are responsible for providing strong muscles and skeleton. Moreover, it is also rich in selenium and may be enough in fulfilling the daily requirement of selenium.

Papaya is rich in vitamin C however it also contains potassium, magnesium, and folate which are very much essential for human health. It contains the digestive enzyme papain which has anti-inflammatory properties.

A medium-sized fruit may be enough for the daily requirement of vitamin C. Its major role in human health is to boost immunity and enhance the digestive function and absorption of other minerals.

Immunity is very essential for protection and combat against any sort of illness and ailments. However, regular consumption of an immunity-boosting diet helps in developing a strong defense mechanism of the body. “Eat Healthy Be Healthy”.