How to Get Most Out of Rope Jumping During COVID-19 Pandemic? 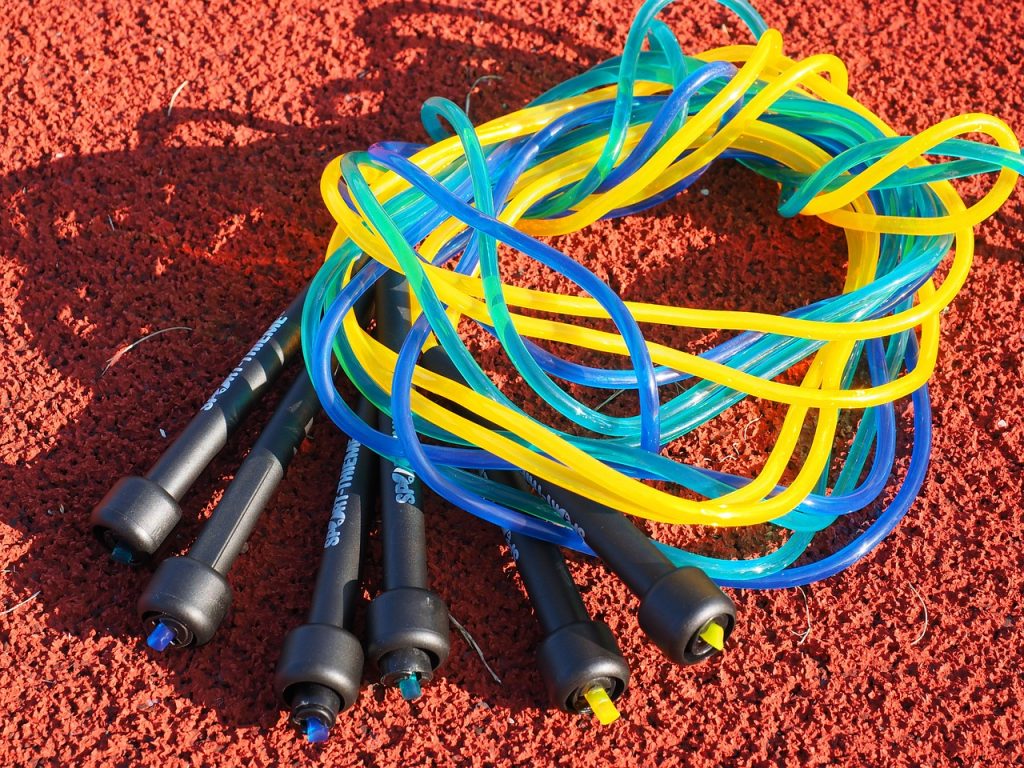 Jumping rope may appear to be child’s play.

But, as any boxer will tell you, it can also be a tremendous workout.

For much of recorded history, people have used rope skipping as a form of exercise. Jump-rope workouts were used by Egyptian athletes as early as 1600 B.C.

Since its introduction in the United States in the 1800s, largely as an exercise for females, interest in the sport has experienced one of its cyclical surges.

“Because most people are confined at home without their normal gym during the COVID-19 shutdown, many are searching for methods to keep healthy and active with little equipment,” says Sergio Pedemonte, CEO of Toronto-based Your House Fitness, an at-home exercise, and wellness firm.

“Jump rope is simple to pick up and learn for most individuals, yet it also has a high ceiling for ability and trick advancement, making the workout entertaining and difficult. Jump rope is fun because it engages both the mind and the body by requiring full-body coordination and timing,” he says.

“Skipping is a fantastic kind of exercise that we even saw in the ‘Rocky’ movies,” Brett Durney, co-founder of London’s Fitness Lab.

“I grew up in a boxing gym, so I was always jumping rope,” said Tommy Duquette, co-founder, and trainer at FightCamp and former member of the United States National Boxing Team. “At the time, I didn’t know anyone else who jumped rope outside of the gym. It appears to have become a thing, although a niche thing, now.”

A luxury jump-rope set can cost $250 or more, but newbies can get started with a length of pretty much any sort of rope they have on hand.

“Jump rope is simple and portable,” said Joe Vega, founder of The Vega Method, a holistic treatment programme in New York. “You may take a little jump rope with you everywhere you go and get the advantages of one of the greatest exercises you can do.”

According to Kiel DiGiovanni, co-founder of Set for Set Fitness, speed ropes, and smart ropes are among the trendiest jump-rope devices on the market.

“Because of the design, speed ropes allow for maximal rotations, generally with ball bearings connecting the rope to the handles,” he said. “On the other side, smart ropes may assist measure the number of leaps, rotations, and calories burned.”

Jumping rope is a simple and extremely efficient warmup or exercise in and of itself, according to fitness experts.

“The jump rope may be one of the greatest pound-for-pound pieces of training equipment ever made,” DiGiovanni added. “There’s a reason why the world’s greatest athletes continue to practice using jump ropes. If you work out at a high intensity, this simple piece of equipment may help you burn up to 700 to 1,000 calories in an hour.”

Jumping rope also helps with coordination, balance, and bone density, according to Ferrato.

“However, the most significant advantage of jumping rope is the postural benefits,” he explained. “It aids in the maintenance of optimal postures, which translate into the most powerful and steady expression of human movement.”

To get the most out of a jump-rope workout, start with 5 minutes every other day, gradually increasing a minute at a time until you can jump continuously for 15 minutes, according to Pedemonte.

Jumpers “may add additional intricacy to their jumping practice at this point: crossovers, side swings, and boxer steps are wonderful progressions to the standard leap.”

“Jump rope may also be used to sustain an increased heart rate throughout a normal workout or as a fun dynamic warmup before traditional resistance training,” he says.

Jumping rope is used by some people as a type of dynamic stretching, according to Alex Tauberg, a Pittsburgh-based chiropractor and strength, and conditioning specialist.

“By performing dynamic stretches, you are gradually stimulating the muscles that will be used. You are not only increasing blood flow but also exercising the joints through their ranges of motion. This helps to mobilise the joints so that you can execute your workout with proper form,” he explained.

Stretch before skipping to avoid injuries

Jumping rope, for all of its benefits, involves some risk of injury, most notably shin splints and Achilles tendon strains.

“To avoid these injuries, warm up the lower body with basic full-range calve lifts and jump rope for only 5 to 10 minutes at first to build up the strength in the lower body to withstand the impact loads from jumping,” Pedemonte said.

According to experts, hamstring and quad/hip flexor stretches, as well as jumping on a padded surface and using high-quality running shoes to minimise impact intensity, can help prevent injuries.

All about skipping rope

Choosing the proper length of rope will help you avoid injuries while also increasing the effectiveness and ease of your jump-rope exercise.

Another concern is getting smacked by the rope itself, which is generally more unpleasant than the source of major injuries and is a part of the learning process, according to Pedemonte.

“Ropes with beads strike the ground and produce noise as they whirl around the body, which may help minimise inadvertent rope whips,” he explained.

A beaded rope is also “recommended for novices because it retains its shape and is simpler to handle than a lightweight fabric or vinyl rope,” according to Gabriello Ianniruberto, a Canadian fitness writer and strength specialist.

Five to Ten Tips For Longevity in BJJ