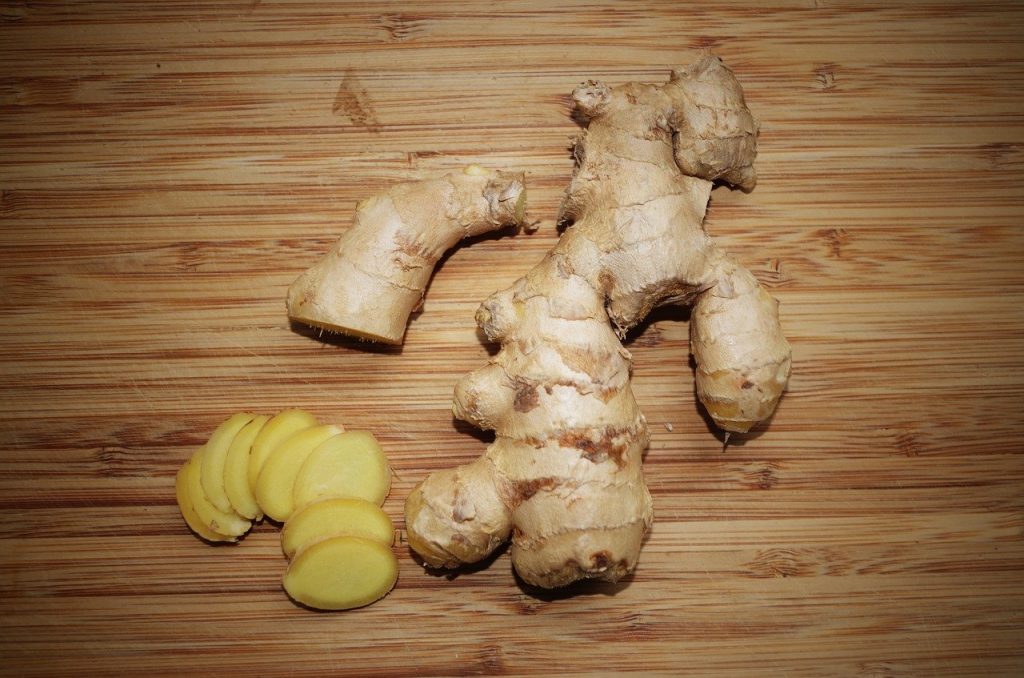 Ginger is a flowering plant that originated from South Asian countries. It belongs to the Zingiberaceae family which includes cardamom and turmeric. Ginger spice comes from the rhizome or ginger root of the ginger plant.

Ginger is native to warmer parts of Asia like China, Japan, and India however due to its medicinal values it has lately been grown in other parts of the world. Its cultivation can also be observed in Arabian Peninsula.

Ginger can also be used as flavouring agents in juices, mojitos, candy however it has also been known to be used for fragrance in candles and soaps, and cosmetics.

Ginger has been proven helpful against varieties of ailments however, some have strong medical research validation, and some may require more research.

Morning sickness is another form of nausea and vomiting found commonly in pregnant women. Taking ginger in the diet helps in reducing nausea and vomiting, however, it may have other side effects if consumed in parallel with existing medication.

Pregnant ladies often have varieties of complications that need medical attention. Though you may find some relief after consumption of ginger but needs to be thoroughly discussed with medical consultants before consumption.

It is also known as dysmenorrhea. The studies have concluded that consuming ginger in 0.5-2 grams for three days during the menstrual period will help in reducing abdominal pain. It can also be consumed at the beginning of pain and continued for three days for better results.

It is as effective as the painkillers like ibuprofen, mefenamic acid, or Novafen. It can also be consumed in parallel with medicine like mefenamic acid which may yield better results.

Researches show that the oral intake of ginger may provide relief from the pain caused by osteoarthritis. It may be as effective as some painkillers like ibuprofen and diclofenac in reducing joint pains.

It has also been used as a massage oil for reducing joint pains in the knee and hip however, few studies validate this phenomenon. To understand the complete implication of ginger about osteoarthritis, further research and investigation need to be performed.

It is observed that people suffering from osteoarthritis having ginger intake required fewer pain releasing medications than the other group.

People with dyspepsia may find some relief after the consumption of 1.5-2 grams of ginger powder. Traditionally, ginger has been known to be used as remedies against indigestion. South Asian region is known for its spicy food however, culinary use of ginger helps in the digestion of spicy foods.

Researchers have observed that the consumption of ginger powder before eating might help in enhanced metabolism and helps in proper bowel movement.

Some studies suggest that intake of ginger might help in the drastic lowering of blood sugar however more studies need to carry out to proper understanding of the ginger relationship with blood sugar.

One of the studies carried out in 2015 helps in reducing the blood sugar of 42 participants with type II diabetes. The daily consumption of 2gm ginger powder reduced blood sugar by 12%.

These are the preliminary studies that are very impressive however, further studies need to be carried out for a better understanding of the properties of ginger about the heart.

Though it has been established as very effective against cold flu and throat infections however very limited medical evidence supports these claims. It may be more effective consumed in association with cold flu medications.

It is observed that the consumption of ginger regularly may help in reducing the LDL, the bad cholesterols which affect the functioning of the heart.

In a study where 85 individuals were given 3 grams of ginger powder for 45 days. The results obtained were very impressive as they significantly reduced all the LDL markers. These initial studies have proven to be very successful however, more studies need to be carried out.

Though the consumption of ginger along with nausea and vomiting reducing medications helps in reducing the effects caused by therapy. It suggests that ginger may be very effective when consumed along with medications rather than standalone use.

Side Effects of Ginger

Although it helps against many ailments it may have some side effects which we need to be aware of. It always better to have medical experts’ opinions before using ginger against such ailments.

The key takeaway here from this is ginger might help in some of the disorders however it may have some severe side effects. It is always advisable to take medical opinion before the inclusion of ginger in our daily diet. “Eat Healthy Stay Healthy”.

7 Deadly Symptoms You Should Never Ignore