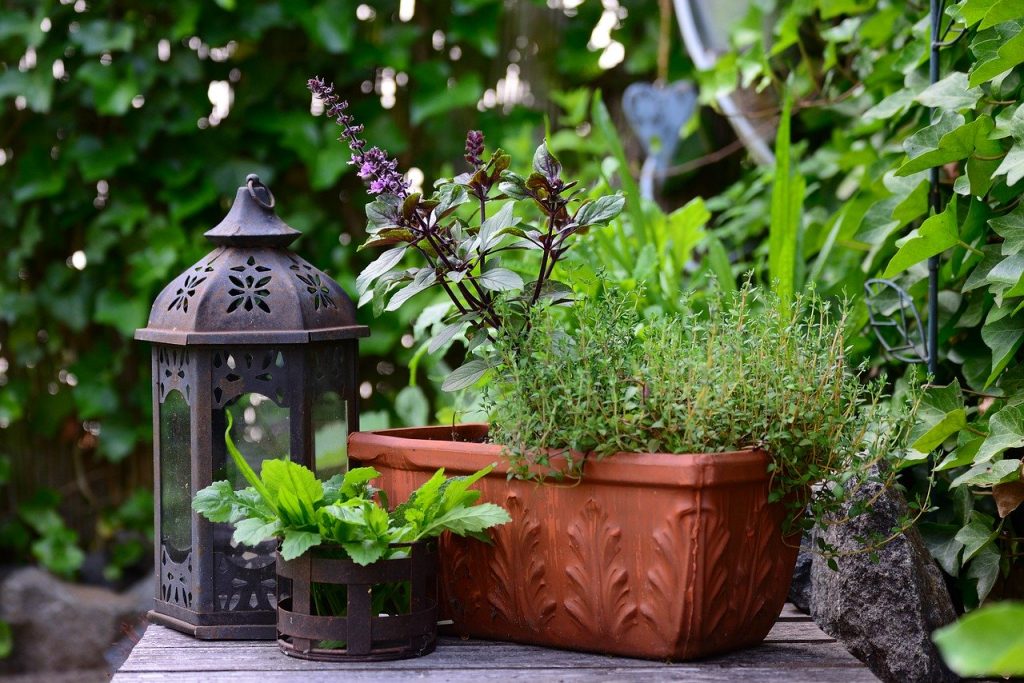 Herbs are plants with aromatic properties which can be used for flavouring and garnishing and medicinal purposes. The culinary uses of herbs mark its importance in almost all the cooking styles, either its, Indian, Chinese, Vietnamese, Italian, Spanish, or Latin cuisines. Its uses vary with different geographies.

The herbs are not equally used across the globe. The farming of herbs depends upon the geographical significance of the specific herb. However, some of the herbs which have a wide range of utility in culinary can be grown in the kitchen garden which ensures the freshness quality, and accessibility of the herbs.

The utility of herbs is multipurpose, one single herb can be used for different purposes. It can be used for culinary purposes and at the same time it may serve some medicinal purposes. Prolonged and controlled uses of herbs are known to boost our immunity and repels several viral and bacterial infections.

The best herbs which can be grown in a home with their culinary and medicinal properties are illustrated below:

There are several varieties of mints are available in nature with variable menthol concentration. Peppermint contains the highest concentrations of menthol followed by other varieties of min. The most commonly available variety is spearmint having leaves like a spear. It is used in mojitos, and several mocktails, salads, biryani, flavoured rice however, it is widely used as a mouth freshener and mint tea.

Medicinal Properties: helps in relieving headaches, bowel movement regulation, and digestion. It is an invasive species and grows in an uncontrolled manner if supplied with enough nutrients and water. It easily grows on the banks of small water bodies.

Basil is considered a very popular herb in many cuisines. It has several varieties like broadleaf Italian basil or large purple sweet basil; it can be used in cooking pasta, pizzas, salads, and sauces. The Indian basil which has small and purple leaves are often used for flavouring the food however it has more uses as medicinal plants. As per Hindu mythology, Indian basil or Tulsi is considered holy and worshiped as a goddess due to its incredible medicinal properties. It is available in almost all the houses in India.

Medicinal Properties: It acts as antioxidants and helps in relieving free radicals from the body. It prevents low blood sugar, relieving cold and cough, and boosts immunity.

Coriander is also known as cilantro which is the most used herb in Indian cooking. It is used for garnishing, seasoning, salads, sauces, and dips. In addition to Indian cooking its also been widely used in Mexican, Chinese and South-Asian cuisines. In general, it is grown in the specific season however, current shifts in business paradigm and technological advancement make it available across all the seasons.

Lemongrass has a strong lemon flavour which is used for brewing tea and as an herb for seasoning. Lemongrass can also be used as ingredients for cooking lemony flavour food like lemon rice. It can be grown outside as well as inside however indoor-grown lemongrass stalks are smaller than outside. Apart from kitchen uses it have very distinctive medicinal properties.

Medicinal Properties: It provides antioxidants to the body and helps in relieving free radicals and prevents cancer and eye inflammation.

Rosemary is rich in aroma and flavour which urges its presence in the cooking of poultry, meat, fish, and vegetables. It can also be used for brewing tea because of its medicinal properties. Rosemary grows like bushes which can be transplanted during the spring season. Because of its fragrance, it can be used for floral decorations. It grows on relatively drier soil and excess watering may damage the plant.

Medicinal Properties: Traditionally chamomile has been used for settling stomach and nerve-calming. It is also used in ailments like hay, fever, gastrointestinal disorders, inflammation, muscle spasm insomnia, and many more.

Bay leaves are known for their aromatic flavours which can be added in slow-cooked cuisines like, soup, stews, and sauces and removed once the flavour is absorbed. There are different varieties of bay leaves are available such as Turkish bay leaves which are native to the Mediterranean region and California bay leaves. Some bay leaves are grown as shrubs however Indian bay leaf can be a full-grown tree. It can be used either as fresh or dried leaves.

Aloe vera is the most widely used herb present in everyone’s kitchen garden. It is known for its soothing properties against burns and skin problems. There are more than 250 varieties of aloe vera and most of them are native to Africa. It contains almost 95% of the water which makes it vulnerable to extreme cold and frosts. Apart from soothing properties, it has other medicinal uses which make it consumables in the form of aloe vera juice.

Medicinal Properties: It acts as a soothing agent against burn and rashes, helps in digestion and blood circulation, antioxidants, prevents diabetes-induced ulcers.

The most common use of parsley is the garnishing of food. The curly green parsley has a bitter flavour which facilitates balancing of flavours in slow cooked food like stews. Parsley can be grown throughout the year but in moderate climates, it may remain evergreen. In addition to its culinary uses, it can also be used for its medicinal properties.

Green celery stalks are a rich source of fibre and can be used as low-calorie snacks. It is commonly used as an ingredient in salad and detoxification drinks. It is very rich in aroma and flavour which makes it difficult to consume sometimes however it can be consumed along with other ingredients to subtle its aroma. Along with its culinary uses, it can also be used for its medicinal attributes.

Medicinal Properties: It has antioxidant properties and can also be used to prevent indigestion due to its high fibre content, inflammation, and rich source of vitamins and minerals.

The herbs which can easily be grown have a wide range of utilities. It can be used as culinary ingredients and well for its medicinal properties and since it can be grown in a kitchen garden its availability is round the clock. However, it may have harmful side effects if consumed in large quantities and it may require medical interventions. “Stay Fit Stay Healthy”.