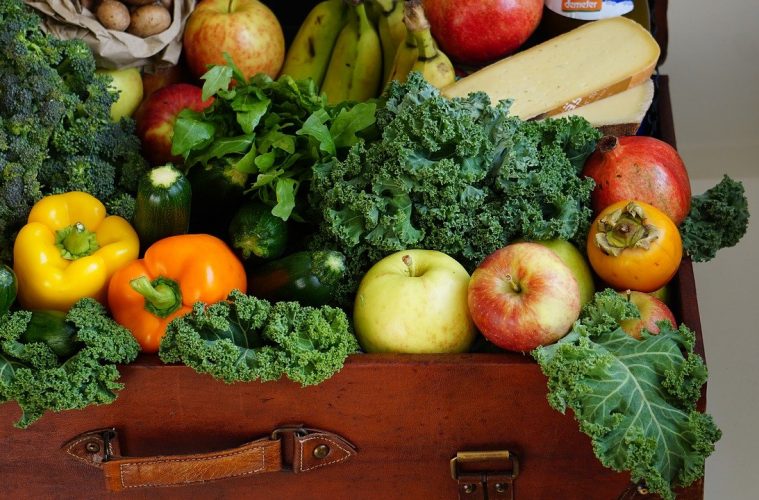 Fruits and vegetables should be included in our daily diet so that we can remain healthy and avoid many diseases such as heart disease or cancer. Incorporating them into our diet would also help us maintain a healthy weight.

Though consumption of fruit and vegetables are essential as per the guidelines of WHO however we are seldom aware of the specific health benefits of those food items. The health benefits of various fruits and veggies are described below:

They are good for improving the immune system because they have anti-inflammatory and antioxidant properties. Some studies have shown that apricots are effective in the treatment of inflammatory bowel disorders such as ulcers and kidney problems.

Apricots could protect the kidney cells from methotrexate-induced damage. Methotrexate is a chemotherapeutic drug believed to cause damage to healthy kidney cells.

Avocados have cardioprotective properties. Studies indicate that avocado extract can combat hypertension by slowing heart rate (bradycardia) and calming blood vessels (vasodilation). Compared to refined food fat, the fat in avocados is nutritional since it is easily stored and broken down by the body.

Other studies indicate that avocado is very helpful when it comes to diabetes. It will increase the absorption of glucose by the liver and muscles, thereby reducing the risk of metabolic disorders, affecting the nerves and blood vessels.

Bananas contain potassium, which is the electrolyte responsible for transmitting signals through the nervous system and the most important region is the heart muscles. People who lack potassium in their body also have heart attacks and generalized weakness.

Eating bananas can be very helpful to your overall health and nutrition because they contain high levels of antioxidants and vitamins. Antioxidants not only clears the bloodstream of free radicals that destroy healthy cells and tissues, but also strengthen the immune system.

Cantaloupes are part of the melon family. They are tasty, but they are also very helpful to many health problems. A new research published in 2012 claims that cantaloupe extracts have substantially decreased hyperlipidemia in test subjects fed a high cholesterol diet, even more than Atorvastatin, an anti-hyperlipidemia medication prescribed for diabetic patients. This fruit also has the potential to enhance eyesight due to its high beta-carotene content.

Cucumbers have been considered beneficial for enhancing cognitive performance, analgesia and reducing the risk of cancer since they contain an antioxidant called fisetin. According to a 2014 study, fisetin can enhance cognitive function in Alzheimer’s test subjects.

According to a previous report published in 2012, cucumber extracts had analgesic and antioxidant properties. The 2013 research illustrated the chemotherapeutic function of cucumbers.

Dates are quite useful when it comes to treating liver damage. They encourage the protection of the heart and immune systems in general. A 2014 study found that dates could protect the liver from chemically induced damage, usually by drugs and medicines that the liver separates from the blood.

Another research recently published in 2015 stated that the dates had potent antioxidant properties as well as the ability to prevent plaque deposition in blood vessels.

Kale is a nutrient-rich leafy green, a favorite for salad lovers. It is an excellent food for those suffering from micronutrients and calories deficiency since it is rich in highly bioavailable carbohydrates, vitamins and minerals, dietary fiber and probiotics. Kale chips might also be a healthier alternative to potato chips.

Lemon is a member of the citrus family. It is a rich source of vitamin C, a material that enhances immunity and protects the body from disease. A 2014 study found that lemon had anticoagulant properties like Aspirin (a cardiac medicine used to prevent clot formation and encourage blood flow) and could prevent thrombi from forming that block blood vessels and prevent blood circulation.

Besides being high in vitamin C, it is also high in other nutrients such as calcium, magnesium and iron. Ayurvedic medicine has been using pineapples for decades. A study published in 2013 stated that pineapple leaf extract can promote tissue repair, healing and control of microbial infections. The extract exhibits strong anti-inflammatory properties that lead to faster tissue repair.

This fruit is a common choice for a cool-down snack, whether it’s a shake or a drink. Watermelon has excellent antioxidant, anti-inflammatory and anti-cancer properties. Some studies have shown that watermelon has the potential to manage oxidative tissue damage, lower lipid levels and reduce the risk of cancer, heart disease and metabolic disorders.

The apple holds the doctor away a day is a very valid assertion. Apples are rich in phytochemicals (naturally occurring substances) that are associated with a reduced risk of chronic diseases such as diabetes, asthma, cancer and heart disease. Apples battle cancer cell spread and improve serum cholesterol since they have antioxidant properties.

Aloe Vera has been used in traditional folk medicine to treat symptoms of diabetes. It is used topically to alleviate swelling and itchiness, but aloe vera can also regulate serum levels that characterize diabetes. Another research states that this vegetable promotes natural health and can also protect the nerves in the brain due to its anti-inflammatory properties.

Artichoke can protect the liver from injury. It is also known as Cynara scolymus and is a hepatocurative, which means that it can heal the symptoms of liver damage caused by harmful chemicals such as carbon tetrachloride. It decreases the oxidative stress on the tissue of the liver. You can also include artichoke in your antioxidant improve diet.

Its benefits can be ripened when they are eaten fresh, but they are widely found on pies and cakes. These fruits have high levels of phenolic compounds, tannins and anthocyanins, which have good antioxidant properties. Blackberries also have antibacterial effects against H. Pylori, as well as the ability to combat heart disease due to anti-inflammatory and anti-thrombotic properties.

Oranges are rich in vitamin C, a well-known and effective immune booster. They have the potential to protect us from chronic inflammatory diseases, but they also have antibacterial and antiviral properties. Oranges are also abundant in lycopene and flavonoids, which have been scientifically proposed for the battle against several cancers.

Green beans are renowned for their antioxidant properties due to their high phenolic content. In 2015, a report on green bean drinks found that vegetables can alleviate fat. The research focused on the swimming time of the competitors, which was extended after drinking green beans juice.

Despite its nutritious value, the red staining power of beets is also a barrier in the choice of vegetables. Beets can avoid damage to the kidneys. Treatment with beet extracts has shown that it can minimize oxidative stress, inflammation, and cell death while reducing kidney damage and injury.

Mangoes are tropical fruits popular for their sweet and fresh taste. They have the best health benefits when eaten raw but are most widely found in drinks such as shakes and sweets such as pies and tarts. They are high in vitamin C and have antioxidant properties. They are also anti-obesogenic, anti-inflammatory, anti-carcinogenic and anti-diabetes.

Broccoli can improve the immune system and combat cancer because of its phytochemical content. Broccoli is effective against many health conditions, such as influenza, bladder cancer, by preventing the spread of cancer cells and reducing flu symptoms by anti-inflammatory forces and has already been scientifically established.

Cabbage is also used in salads and in several vegetable dishes. It’s very simple flavor makes it ideal to be combined with other vegetables and meat types. It might help fight cancer! A research published in 2015 showed that cabbage can inhibit tumor growth while combating the genomes responsible for cancer.

Every fruit and vegetables have different flavor and different ingredient which add significant value to the consumer’s health. It always been advisable to go for balanced diet rather than skewed one which will help in fulfillment of essential micronutrients and at the same time protects against several health conditions. The consumption of above-mentioned food items may aid to lead disease free health life. “Eat Healthy, Stay Healthy”.